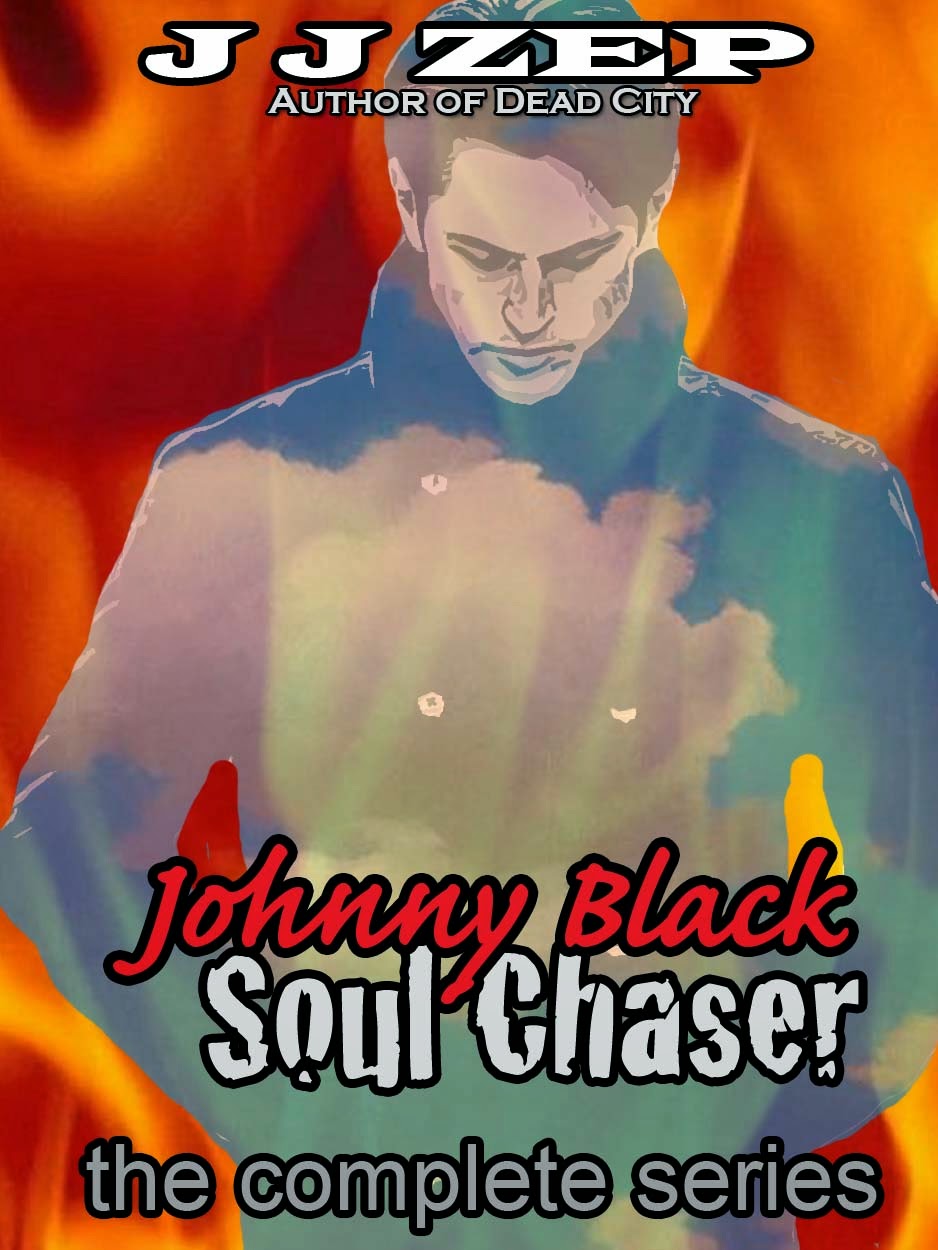 Dexter Blackwell has the worst job in hell, he's a clerk in the Accounts Receivable department at Hades Correctional, with a real demon for a boss. So when he unexpectedly gets the chance to work as an agent for the Soul Pursuit and Apprehension Agency (SPAA) he grabs the opportunity with both hands.

Assuming the identity of Johnny Black, a Chicago mobster, Dexter is sent on a series of missions that take him to 1920's Chicago, ancient Rome, revolutionary Paris, and the Wild West. On his travels, he encounters real-life characters like Al Capone, Marie Antoinette, Billy the Kid, Mark Antony and the Roman emperor, Commodus.

He also has to contend with rival soul chasers (including Pandora Jain, the most beautiful woman in the known universes), angry demons, testy ogres and bad-tempered imps, one of which is his erstwhile sidekick, Jitterbug.

You can buy the Complete Johnny Black Soul Chaser Series at a 60% discount to the price of the individual books by clicking here: Johnny Black Series. Alternatively, click the links below to read samples from each of the books in the series.