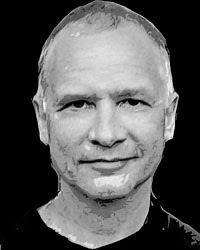 “I am a writer, therefore I write. It’s not like I have a choice in the matter.”

I’m not sure who said that exactly, maybe Stephen King, maybe some ancient scribe. Whoever did say it, though, has it exactly right. I write because I cannot not write. It is a compulsion, an addiction, a pleasure, a penance, my raison d’etre. I could not imagine my life without it.

Hi, I’m J.J. Zep and I am a writer. If you’re reading this then chances are you’ve read one or more of my books and are interested in finding out about the person behind the stories. If that’s the case you really should get out more! Only kidding, I am flattered by your interest and will endeavor to make this pen picture as interesting as possible. I can promise lots of sex and drugs and rock ‘n roll (well, rock ‘n roll, anyway) so read on!

Let’s start at the beginning shall we?

My writing career began at the age of four with The Tale of Fluffy the Bunny, a cracking adventure yarn that I dictated for my mother to transcribe. Fluffy (no doubt a relative of Richard Adams’ questing Watership Down rabbits) wanted to cross a busy road to reach a lettuce patch. In my first draft, he succeeded, only to be eaten by a hungry fox (even at that age, I had a taste for mayhem). On the rewrite, though, my mother convinced me that I should let Fluffy live because, “everyone loves a happy ending.” She knew a thing or two about popular fiction, my mom.

The chronicles of Fluffy had two sequels and was followed by the adventures of various other denizens of the farmyard and woodland (I was going through a Beatrix Potter phase). As I got older though, my literary output fell off alarmingly as other interests – school, friends, soccer, cub scouts – made demands on my attention. I did, however, become a voracious reader, graduating from Dr. Seuss to Enid Blyton to The Hardy Boys. Then, at about twelve, my reading habits took a disconcerting turn (for my parents at least). I took an interest in true crime and became the world’s youngest expert on serial killers.

And I started churning out stories, dozens of them, with knife-wielding slashers, hairy knuckled stranglers, and moustache twirling poisoners, as my antagonists. Some of these stories found their way into my English Comp assignments, prompting my teacher to call me in for a ‘chat’. I remember him telling me that I had talent and that I shouldn’t waste it writing such “rubbish”. If it was intended as a rebuke, it missed the mark. Someone, outside of my immediate family, had called me a talented writer! I walked away smiling.

Sadly, none of my slasher novels ever made it to press. At fourteen, I picked up a guitar and realized I had a talent for it. I started playing in bands and graduated to touring, doing club gigs, writing and recording tunes and loving every minute of it. For the next decade and a half, writing fiction became a decidedly second-class citizen in the hierarchy of my creative interests.

But I never stopped writing entirely – compiling short stories and poetry free hand in endless notebooks, crafting the beginnings of a hundred novels that would never see the light of day, capturing snatches of dialogue and description. And when the day arrived that I quit the life of a professional musician, slung my guitar and cut my hair and shredded my spandex, writing was there to catch my fall.

But what to write? I didn’t think I had another Fluffy story in me and the slasher genre had Halloween and Friday the 13th and didn’t need another pale imitation.

The book that veered me onto the path was Stephen King’s, The Dead Zone. One chapter in, and I had a new hero. Thereafter, I devoured every King book I could find, and while The Dead Zone remains my favorite, it was The Stand that had the biggest influence. I loved the post-apocalyptic setting and started reading as many similar books as I could, Swan Song, Lucifer’s Hammer, and I Am Legend among them. I finally had a genre I loved and I set about ending the world in as many creative ways as I could think up.

I wrote Dead City after being inspired by Robert Kirkman’s The Walking Dead. At the time, I envisaged the story of a man trying to escape from New York after a catastrophic event (doffs cap to Mr. King). I never imagined that the idea would have the legs it has shown, producing 19 sequels and a prequel to date.

I am deeply grateful for the positive feedback the series has garnered and feel truly privileged to earn my living as a writer. And I believe I’ve got a few stories in me yet, so as long as people enjoy reading my books, I’ll keep writing them. As a matter of fact, even if no one was reading them, I’d write them anyway.