Ever since brothers Victor Halperin and Edward Halperin brought "White Zombie" to the screen in 1932, Hollywood has been obsessed with the undead. The reason is obvious. From this early 30's movie to George A. Romero's zombie classics to "The Walking Dead" zombies make good box office. Here then, are 10 of my fave undead epics; 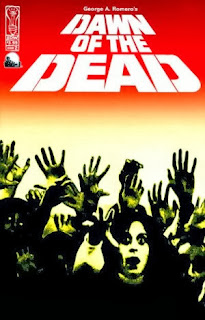 Romero’s best work in my opinion. The follow-up to Night of the Living Dead has everything – action, gore, story and character development. From its opening scene featuring a SWAT team clearing a zombie-infested apartment block, to the somewhat open-ended ending, this is a must see. The 2004 remake is perhaps stylistically better, but then again, it is a remake.

Italian Director, Lucio Fulci’s gorefest is a homage to Romero, and a worthy one at that. Bloody and brutal, but with a tight, fast-paced story line and a few nasty surprises. Where else are you going to see a movie featuring a zombie fighting a shark?

The film version of Max Brooks' zombie saga might not be a patch on the book, but it still features some of the most intense zombie action ever seen on screen. The Zs are quick, scary and hyper aggressive and the story is epic in proportion with thousands upon thousands of the creatures loose on the streets. Looking forward to the sequel.


Day of the Dead

The third of Romero’s classic zombie movies is dark, gruesome and scary. Picking up where 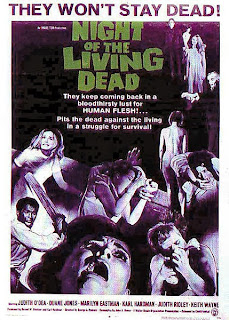 Dawn of the Dead ended it follows a group of people taking shelter in an mine shaft while the dead create havoc above. Perhaps the least popular of Romero’s offerings but a must see for any serious zombie fan.

I know I’m in the minority here but I prefer the sequal to the original. The opening scene is one of the most intense I’ve seen in a zombie movie and the ending is just creepy, with lots of Z action in between.

Shaun of the Dead

A laugh-a-minute take on the Zombie Apocalypse. Shaun and his best friend Ed are two slackers going nowhere fast when the Z’s strike, forcing them to make a stand. Of course they head for the first place you would choose when zombies attack – the local pub!

A man wakes up from a coma to find London abandoned. He soon realizes that the population has been decimated by a virus that turns them into mindless killing machines. The story lags in places but it’s a good zombie flick nonetheless. 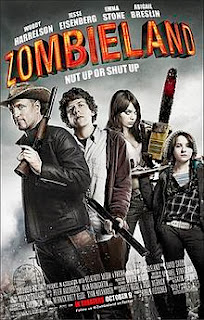 Another comedic take on the zombie apocalypse. Woody Harrelson plays "Tallahassee" a dedicated zombie killer who guides three young people on a road trip from Texas to California. It's fast and funny with some great Z action and a hilarious cameo appearance by Bill Murray.

Night of the Living Dead

The original classic from George A. Romero. Personally, I prefer the 1990 remake, but the original deserves its place on the list for shaping the genre.

Directed by Peter Jackson before he became mega-famous for Lord of the Rings. In this New Zealand production, the hero’s mother is bitten by a Sumatran rat-monkey. She becomes sick and dies, but of course, rises from the dead to cause mayhem. It’s gory, gruesome and hilarious.