13 Horror Movies That Will Scare the Ever Loving C**p Out Of You!

Whether you're a horror buff or just like to have the bejeebers scared out of you on occasion, there are certain horror movies that you must have watched at least once. These are like a badge of honor for fans of the genre so if you've missed any of them, get down to Blockbusters now! 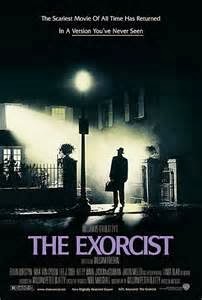 Watch it with the lights on – at midday! This terrifying story of a young girl possessed by a demon will rob you of your sleep, guaranteed. There’s a very good reason that it tops just about every horror movie poll.

Stephen King apparently didn’t like this adaptation of his novel, although I can’t see why. This brooding tale of a man slowly losing his grip on sanity is deeply unsettling. The bathroom scene in Room 237 will scare the life out of you. Watch out too for the famous “Here’s Johnny!” scene.

Ridley Scott’s sci-fi classic pits Sigourney Weaver against one of the most terrifying creatures to grace the screen. The “stomach-buster” scene is the stuff of movie legend. 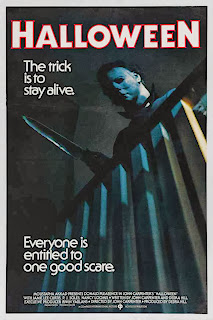 Other movies may have pre-dated it in the slasher sub-genre, but it was Halloween that really gave the genre its shape. The story of the homicidal, virtually indestructible Michael Myers has been oft copied, but never bettered. He has entered our consciousness as an iconic boogeyman.

It make be dated, and the black-and-white film robs it of some of its gore value, but this Hitchcock classic about the deeply disturbed Norman Bates is still one seriously scary movie.

Some may call it a knock-off of Halloween, but Friday the 13th stands up as a very scary movie in its own right, spawning a hugely successful franchise and giving us yet another terrifying villain - the hockey mask wearing, Jason Voorhees.

The second of George A. Romero’s classic zombie movies, Dawn of the Dead features a group of survivors hiding from the Zs in a shopping mall. The 2004 remake is perhaps stylishly superior, but the original still tops it in my opinion. 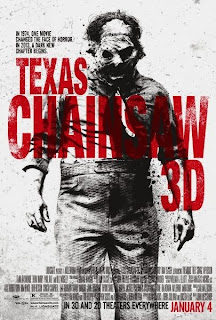 Deeply disturbing, bloody and violent. TCM tells the story of a group of teens who are taken captive by a cannibalistic clan after their van breaks down. Often copied but never bettered.

Is it a horror movie? If it scares you then yes, it is. And Jaws has some genuinely scary moments. The mechanical shark may seem a bit corny given today’s technology but no killer shark movie since has had the same impact. Avoid any of the sequels though.

A Nightmare On Elm Street

In a Nightmare On Elm Street, Wes Craven gave us a unique boogeyman, a homicidal maniac whose name has since entered movie folklore. Freddie Krueger is unlike other movie villains in that he stalks our dreams - and we all have to sleep sometime, right? Frightening and original. 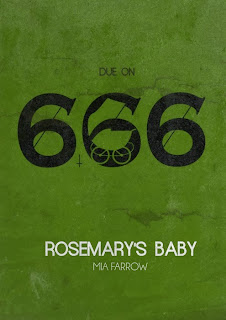 Don’t expect scares and buckets of blood in this gem by Roman Polanski. Do expect to leave the movie with a feeling of unease that will stick with you for a long while. Mia Farrow stars as a woman impregnated by the devil.

An American Werewolf in London

Horror and humor collide in this excellent farce about an American student who is attacked by a werewolf while vacationing in England. The werewolf transformation scenes were groundbreaking and still look good after all this time. The humor is dark and hilarious.

A dark and disturbing story about voodoo in the Deep South. Mickey Rourke stars as Harry Angel, a P.I. hired for what he thinks is a straightforward missing persons case. Bleak and unsettling with a delicious twist at the end.

Feel free to let me know if you agree or disagree with these choices and add your own in the comments below.
Posted by jjzep at 09:53